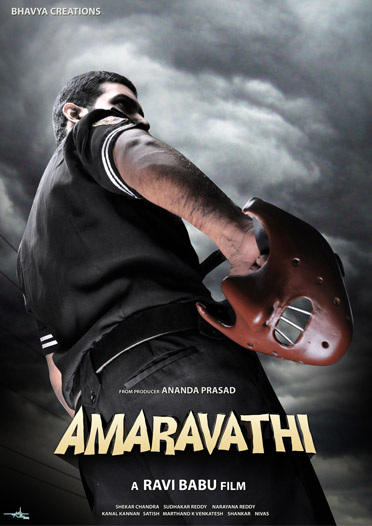 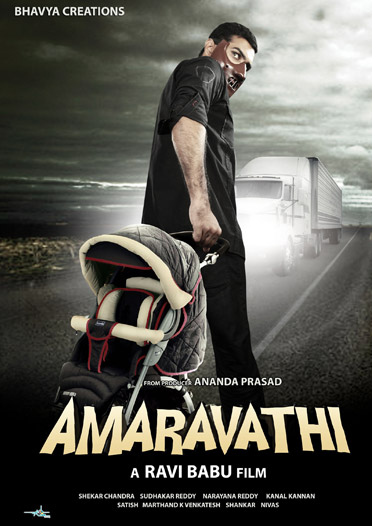 Amaravathi is a 2009 Telugu thriller written and directed by Anasuya fame Ravi Babu, starring Sneha and Bhoomika in lead roles, with Ravi Babu himself, Sindhura Gadde and Taraka Ratna playing supporting roles. It was released on 3 December 2009 to highly positive reviews. The film won Nandi awards for Taraka Ratna as the Best Villain and N. Sudhakar Reddy for Best Cinematography.

A friendship blossoms between Sreenu, the son of a maid servant and Amaravathi the daughter of the landlord in whose house the maid worked. Adolescent play between the boy and girl catches the furious eye of the landlord who kills the maid and slits Sreenu’s throat and throws him into a river.

In the present day police are baffled by a series of crimes where the sadistic perpetrator was stealing babies from fully pregnant women, leaving the women bleed to death. Task Force officer Venkat is recalled from a sabbatical and given charge of the case. He quickly cracks the case and apprehends the culprit. But the crimes against pregnant women continue with the culprit in jail. Sure that he had apprehended the right culprit, Venkat decides to investigate deeper. He discovers that the culprit in jail was Sreenu, the boy whose throat was slit and thrown into a river.

By the time Venkat completes his investigation, Sreenu gives the cops a slip and escapes from prison. Venkat somehow deduces that Srinu wanted a total of ten babies to complete his mission and was one short. Venkat wants to save that one baby and mother from Sreenu’s blade. He investigates furiously and is shocked to discover that the tenth baby Sreenu wanted was in the womb of his wife. How Venkat managed to save his wife and return the stolen babies to their respective mothers is the rest of the story.

Not to be pigeon-holed as a director with a set genre, 2009 saw the release of another super thriller “Amaravati” by Ravi Babu in which he returns to the genre of crime and suspense with Bhumika Chawla, Sneha and Taraka Ratna in one of his most spine-chilling roles ever. Shot without any songs, the movie had background score by Sekhar Chandra which elevated the film’s narration to a new level. It had a hair-raising plot of a serial killer who severed babies from the wombs of mothers about to deliver and put Tarakaratna at his surprising villainous best. It won him that year’s Nandi award for the best performance in a villainous role and brought Ravi Babu rave reviews for another thriller with a bagful of surprises.